Space Engineers has been released on Steam “Early Access”

Space Engineers has been released on Steam Early Access

Independent game development studio Keen Software House announced today that Space Engineers has been released on Steam Early Access for the starting price of $14.99. Space Engineers is in alpha stage of development – this means that the game is still under development and will be improved on a regular basis through updates that add and polish features and content, optimizations and bug fixes. The customers who will buy the game now will be able to play it on Steam and receive all future updates for free.

Players are invited to provide their feedback and suggestions to the developers and help them create the best game possible.

This initial release on Early Access focuses on core mechanics: building in creative mode, physics simulations and destruction. Additional features will be released in following updates.

A list of current features can be found at: www.SpaceEngineersGame.com/features.html

Players are encouraged to experiment: learn how to build a ship, what blocks are required to make it operational, how gravity and electricity works, how to fly the jetpack and how the physics interactions work.

More information on how to play the game can be found in the tutorial video: www.SpaceEngineersGame.com/how-to-play.html. This video also demonstrates the state of Space Engineers on day one.

The developers opened a very short window during which players were able to purchase the game even before it got officially available on Steam. This led to an explosion of creations. There are already hundreds of creations all over the internet: 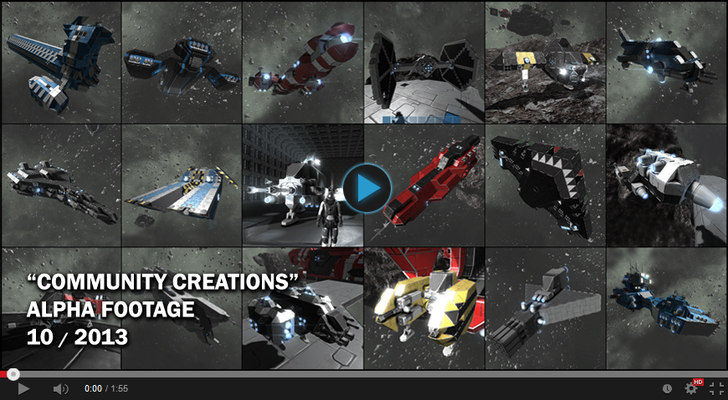 “We are really amazed by how players responded during the “early access” test run on Early Access and what they created just during one weekend. We have seen a rollercoaster made of gravity generators, a Borg ship, spherical gravity, mother ships so large that they don’t fit in a view distance, an elevator made of a ship and more”, commented Marek Rosa, CEO and founder of Keen Software House.

Space Engineers is available for purchase on the developer’s web site at www.SpaceEngineersGame.com/buy.html, on Steam at http://store.steampowered.com/app/244850 and at several other distribution services. A special discount offer for the owners of Miner Wars 2081 will be available during the first weeks of the release: forums.keenswh.com/post/discounts-special-offers-6575409.

“We did everything we could to make the launch on Early Access as flawless as possible, but if our players encounter any problems, they can contact us and we will help them”, commented Marek Rosa. The troubleshooting page is available at www.SpaceEngineersGame.com/troubleshooting.html

Space Engineers is in alpha stage of development. Everything in the game is subject to change.

Established in 2010 in Prague, Czech Republic, Keen Software House is an independent game development studio aiming to create games that are based on real science, real facts, real physics and real emotions. Company’s first title Miner Wars 2081 was released in 2012. Keen Software House develops its own in-house game engine VRAGE, currently in the second version and its core feature is volumetricity of the environment. Space Engineers is the first title fully utilizing VRAGE 2.0.

More information about Keen Software House is available at www.keenswh.com